We need to install a cookie to continue. This message is displayed only once.

The festa has been celebrated since 1974, and is among the most talked about festivities in Galicia because it the first to extol sucha Galician product and for the uniqueness of the events organized, by the Asociación de Amigos da Empanada and the close on 150 groups and associations which register every year.

Organization: Basically it consists of a pie competition with categories for restaurants and housewives the contest goes through the stages of product presentation, selection of finalists, sampling and evaluation by an expert panel.

Then it culminates with the auction of the pies and their subsequent consumption by groups of people organized under the name of "Peñas".

During the day various events occur such as popular performances by bands, regional dance groups and traditional music, as is stated in the statutes of the organization.

Today this festival has a clear ¨Celtic¨ identity incorporating its popular musical roots it began the same day as the Festa da Empanada, and for years has been held the day before the big culinary festivity. This festival has seen performances by some of the biggest national and international musicians, Carlos Nuñez, Leilía, Mercedes Peón, Xosé Manuel Budiño, Quempallou, A Roda, Os Cempés, Milladoiro or  the Chieftains are some of the groups that have attracted thousands of people to this festival.

The importance of this event can be measured by theprices achieved by the wining pies around 3, ooo euros on one occasion, and the names of the speech givers who sing the praises of this exceptional product. Prominent cultural figures such as Camilo José Cela or Alfredo Conde and political ones the likes of Manuel Fraga, Xerardo Fernández Albor, Xosé Cuiña, José Luis Barreiro ... Also prestigious journalists, such as Fernando Onega, Maria Rey, Pilar Cernuda, Pepe Domingo Castaño, José María Carrascal, Luis Rial ... and celebrities from the world of film and theatre, Carlos Blanco, Luis Zaera, Mela Casal, Gloria Ferreiro, Xacobo Pérez and many more.

Another fundamental collaboration has always been in the design of the poster, created by famous artists, standing out is the contribution of Saavedra Pita, a great friend of the Festival, and the painters Fondevila and Marisa Miguélez among the friends of the Empanada (pie) and its council. 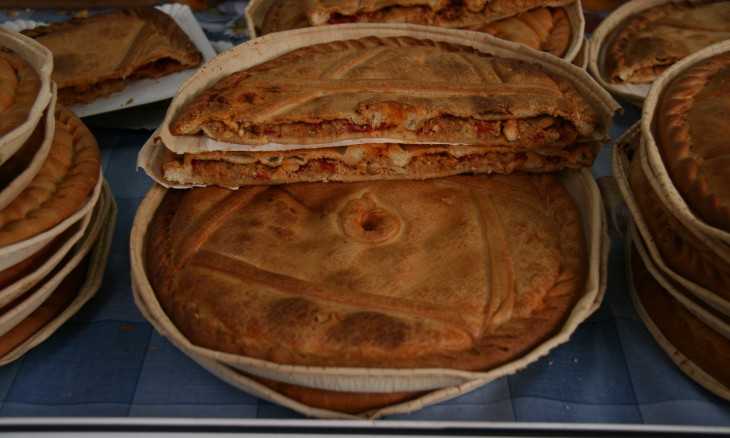